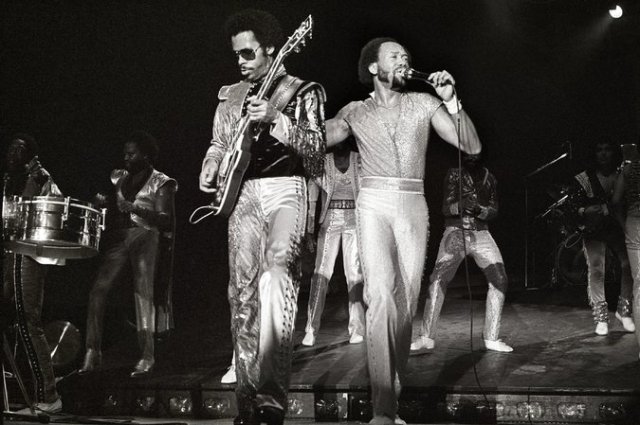 Maurice White, the founder and leader of Earth, Wind & Fire, whose genre-defying music made it one of the most successful bands of the 1970s, has died at his home in Los Angeles. He was 74.

The band’s publicist, Mark Young, said Mr. White died late Wednesday or early Thursday. He did not specify the cause, but Mr. White had announced in 2000 that he had Parkinson’s disease.

Earth, Wind & Fire — whose many hits included “Shining Star,” “September,” “That’s the Way of the World” and a cover of the Beatles’ “Got to Get You Into My Life” — had a sound that was rooted in rhythm and blues but crossed musical boundaries, attracting an audience that was as diverse racially as the music was stylistically.

The horn arrangements were punchy, the bass lines funky and the rhythms infectious, but there was also room for adventurous improvisation, mellow vocal harmonies and pure pop melodicism.

“Although we were basically jazz musicians, we played soul, funk, gospel, blues, jazz, rock and dance music … which somehow ended up becoming pop,” Mr. White wrote on the group’s website. “We were coming out of a decade of experimentation, mind expansion and cosmic awareness. I wanted our music to convey messages of universal love and harmony without force-feeding listeners’ spiritual content.”

Earth, Wind & Fire, which was larger than the average rock or funk band, became renowned not just for its music but also for its elaborate stage shows, marked by pyrotechnics, choreography, lighting effects and sometimes even magic tricks. Mr. White stopped touring with the band in the 1990s.

Mr. White, who began his career as a jazz drummer, played various percussion instruments with Earth, Wind & Fire as well as the African thumb piano, or kalimba, which became an essential element of the group’s sound. He shared lead vocals with Philip Bailey, wrote or co-wrote some of the group’s biggest hits, and produced many of its records.

As a producer, Mr. White also worked with Barbra Streisand and other artists.

Maurice White was born on Dec. 19, 1941, in Memphis and raised by his grandmother. He sang in a church choir and was inspired to become a drummer by watching local marching bands.

“I saw the guys in the band playing drums — they had on shiny suits and were getting all the attention from the girls,” he told The Commercial Appeal of Memphis in 2007. “So I decided: That’s what I want to do. From that point on I just became infatuated with music.”

After graduating from Booker T. Washington High School, where he was in the drum corps, Mr. White moved to Chicago, where he studied at the Chicago Conservatory of Music and played drums in local nightclubs. By the mid-1960s he had become a fixture in the studios of Chess, the city’s leading record company, recording with Etta James, Fontella Bass and others.

In 1966 he replaced Red Holt in the pianist Ramsey Lewis’s trio, which, with records like “The ‘In’ Crowd,” had become one of the few jazz groups to crack the upper levels of the pop charts in the 1960s.

“Ramsey helped shape my musical vision beyond just the music,” Mr. White said. “I learned about performance and staging.”

Mr. White left the Lewis trio in 1969 to form a group with two friends, Wade Flemons and Don Whitehead. That group, the Salty Peppers, had only moderate success. After moving to Los Angeles, Mr. White renamed it Earth, Wind & Fire (after the three elements in his astrological sign), revamped the personnel and signed with Warner Bros. Records.

The band’s records for Warner Bros. attracted some attention, but Earth, Wind & Fire did not break through to worldwide success until Mr. White shuffled the personnel yet again and signed with Columbia. The group first reached the pop Top 40 in 1974 with “Mighty Mighty” and had its first and only No. 1 pop hit, “Shining Star,” a year later.

All told, Earth, Wind & Fire had 16 Top 40 singles, won six Grammys and sold an estimated 90 million albums. Mr. White also won an individual Grammy for his arrangement of “Got to Get You Into My Life” in 1979.

His survivors include his brothers Verdine and Fred, both of whom were members of Earth, Wind and Fire for many years. Complete information on survivors was not immediately available.

Mr. White was proud of his accomplishments as a musician. But he always saw his mission as more than just making entertaining people.

“It’s important to put the emphasis on the positive aspect,” he told The Chicago Tribune in 1985. “I have learned that music helps a lot of people survive, and they want songs that can give them something — I guess you could call it hope.”